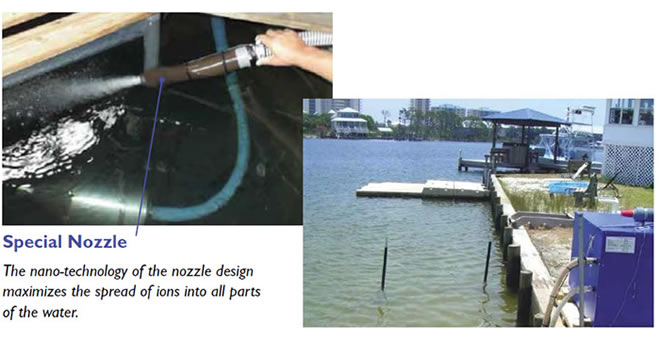 The KRIA ionizing water treatment system is designed to be deployed into lakes, rivers, streams and ponds, although it could be effectively applied into tanks and engineered reactors.

The method of ionization is described as “ionization by collision” and involves reaction in a magnetic field as the air is drawn through a bed of ceramic balls with reactive minerals. The negatively charged air or SOAR is then pressurized and stored in a reservoir tank and injected into the water discharge of the system. The system discharge is also a key part of the treatment as it is designed to promote further reaction by cavitation and microbubble effect in addition to the superoxide reactions. (See Special Nozzle photo).